HOME: HOW HEAVEN AND THE NEW EARTH SATISFY OUR DEEPEST LONGINGS

I received a copy of HOME: HOW HEAVEN AND THE NEW EARTH SATISFY OUR DEEPEST LONGINGS by Elyse Fitzpatrick, with a foreword by Paul David Tripp, from Bethany House in exchange for an honest review. This is an intensely powerful book. I struggle to describe it in just a few sentences. Basically, it addresses our longing for something more. Everyone has felt this way at one time or another. There has to be something more out there, somewhere I belong… Elyse calls that place the New Earth. It is where God has been preparing for you. The book uses beautiful pose to describe our feelings and the glory of the New Earth so well that you can almost taste it. Elyse Fitzpatrick includes passages from scripture and her own takes on them. I found this refreshing. She also uses personal stories to help bring her readers to her. Overall, an exceptional book. It is easy to become lost in the pages. I can see HOME working well during religious discussion groups or for family meditation. (There are discussion questions included at the end)I am excited to see that Elyse Fitzpatrick is the author of multiple other books. I will have to look for them.
Posted by Jori at 2:54 PM No comments:


An Anthology of Ghost Stories


This anthology includes short stories intended to chill and make you wonder if ghosts really do exist.


This haunting cover was created by Eugene Teplitsky. 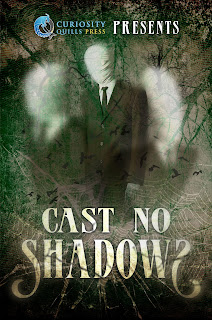 CAST NO SHADOWS releases on October 10th, but in the meantime, check it out on GoodReads.


Help us celebrate the cover reveal with the chance to win a $50 Amazon gift card.


An Anthology of Ghost Stories


This anthology includes short stories intended to chill and make you wonder if ghosts really do exist.


This haunting cover was created by Eugene Teplitsky.

CAST NO SHADOWS releases on October 10th, but in the meantime, check it out on GoodReads.


Help us celebrate the cover reveal with the chance to win a $50 Amazon gift card. 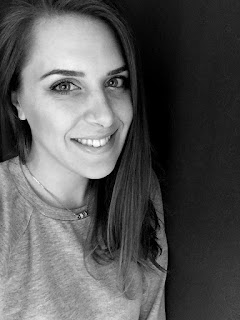 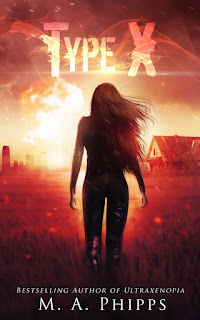 Playing the role I was destined for.

Two years have passed since her willing return to the DSD, and Wynter Reeves is no longer the timid girl who only wanted to blend in. Strong, confidant, and in control of her once debilitating powers, the world trembles at her feet while news of what she’s capable of spreads like fire among the State’s enemies. As the death toll rises and Dr. Richter further warps her into a weapon of war, Wynter is forced to embrace the daunting reality of what she’s become. With the remnants of her humanity hanging on by a shoestring, she must choose between the one sacrifice that could lead to her salvation or the dark path of destruction from which there can be no return.

Torn between two sides of a war she never asked for, will Wynter find her freedom, or will she be doomed to remain a monster forever?


A single tear slides along his dirtied cheek. As it does, the faint flicker of my humanity responds.


The vision hits me like a flash of lightning, placing me in a new scene of destruction. Everything is ruined. There are no people. No lights. There’s only me.


I scrutinize the man, trying to make sense of why he’s familiar. I must know him. Otherwise, why would I be seeing this?


The stranger meets my gaze, and an emotion I can’t comprehend in my inhuman state burns in his eyes. Something tells me I might not want to understand it.


A few stray tears rush down his cheeks, and a single utterance expels from his lips a moment later.


My heart clenches at the sound of his voice, but the scene around me reverts to the death-filled battleground before I have the chance to react. Blinking away the vision, I lock eyes with the soldier still cowering on the ground. His expression lights up with hope, but I can’t give him what he’s asking for. I can’t give him anything except the one service I was created to provide.


“Please . . . .” In spite of my desire to spare him, I only hear the voice from my vision when he speaks. It beats through my head like a raging drum, haunting me.


Irregular, shallow breaths pour from my lungs as I peer into the eyes of the soldier at my feet. Except, it’s not him I’m seeing. It’s the man.


I hear his voice.


My fingers grip my skull even harder, and the familiar pressure climbs up my throat like vomit. The anger follows behind it until I can no longer hold what I’m feeling at bay.


I stare at him, but there’s nothing I can do to stop my emotions from taking over. As I focus on his face, seeing only the man from my dream, I allow them to destroy what little humanity I have left.


The soldier’s eyes widen in the exact moment I snap his neck.
Posted by Jori at 6:35 PM No comments:

I received a copy of REALM OF DARKNESS by C. F. Dunn from Lion Fiction via Kregel in exchange for an honest review.  This is the fourth installment in the Secret of the Journal series.


It is a mixture of romance and fantasy, with Christian elements, all tied up with the perfect amount of creepiness.  Overall, I enjoyed the book. It had all the mixings – likable characters, believable events, vivid setting, and catchy dialogue.  It is an intelligent read that makes you think.  I have gotten to enjoy the earlier installments, and I liked how some secrets are revealed in here, but you are kept wanting more!  It is great that the sequels live up to the first book, unlike some series.


This book, in a nutshell, involves Emma preparing to marry Matthew.  Emma strives to protect Matthew’s secret while someone from her past tries to sabotage them.  I don’t want to give too much away.  If you’ve read the other books, you won’t want to miss this one. If you haven’t read the other books, this one is still a treat, but I do feel they work better read in order.


REALM OF DARKNESS comes with my seal of approval and my recommendation.
Posted by Jori at 6:56 PM No comments:

Jesus Talked to me Today

I received a copy of JESUS TALKED TO ME TODAY: TRUE STORIES OF CHILDREN’S ENCOUNTERS WITH ANGELS, MIRACLES, AND GOD compiled by James Stuart Bell from Bethany House in exchange for an honest review.


This is one of those books that takes you by surprise.  I fully intended to enjoy it, but my enjoyment far surpassed by expectations.  I was going to read one of the short stories at lunchtime, and ended up reading quite a few over the space of an hour.  After that, I couldn’t wait to read the next one.


Each story is touching and many will bring tears to your eyes.  The authors recount tales from their childhood or of their own children experiencing a miracle from God.  Many of the children communicate with angels during a trying time in their lives.


I will be looking for other compilations by James Stuart Bell.  Many of the authors in this collection have written other pieces, so I will also be looking for their works.  I don’t feel comfortable picking a favorite story, as each one means a lot to its author.


JESUS TALKED TO ME comes highly recommended.  It will inspire you while speaking to your heart.
Posted by Jori at 10:04 AM No comments:

I received a copy of ETHAN’S SECRET by Patrick Hodges in exchange for an honest review.  It is the second book in the James Madison series.  I have not read the other book, but I was able to follow this installment.


This is a romance geared toward middle-grade readers.  I found that interesting.  I read a lot of middle grade novels during my college years working toward being a teacher, and they don’t usually focus on romance.  Altogether it was cute.  I remember in junior high and high school, my friends were reading adult romance novels to get that romance fix.  When I was student teaching, the kids (as young as 5th grade!) were reading TWILIGHT.  I like how this is an age-appropriate romance.


Of course there is much more to the story than just romance.  Junior high is a tumultuous time and Patrick Hodges captured that essence well.  I am recommending this to my teacher friends and friends with junior high children.
Posted by Jori at 7:54 PM No comments:

I received a copy of BEING MEDUSA AND OTHER THINGS THAT SUCK by A. Lynn Powers in exchange for an honest review.  I found this book to be absolutely delightful!  Okay, Medusa does go through some hard times, but there were lots of moments when I laughed out loud.  I love books that make me laugh.


The author really grasps what it means to be a fifteen year old girl struggling to fit in while being different.  I can see this being enjoyed by young adults.  I am recommending this to my junior high and high school teacher friends as something to have available in the classroom.
Posted by Jori at 1:13 PM No comments:

I received a copy of WHERE HOPE PREVAILS by Janette Oke and Laurel Oke Logan from Bethany House in exchange for an honest review.  This is the third book in the “Return to the Canadian West” series.


I specifically asked to review it because I fell in love with the TV show.  I had not read any of the other books in the series, so I was going off of what the TV show had told me about the characters.  After this I will definitely look for them to read.


In WHERE HOPE PREVAILS, Beth Thatcher returns to Coal Valley.  There are many changes that she has to endure.  I felt for her deeply.  We are currently redoing my grandmother’s house and landscaping the overgrown outdoors.  Even though it needs doing, it is still sad.


There are lots of hardships for Beth to learn from, and along the way she remains true to her faith in God.  This is a very inspirational book, and you really feel for the characters, especially Beth.


If you enjoy historical Christian fiction or the television series, I highly recommend this book.  You will enjoy it.  Although, I do recommend you read the other books first (unlike what I did!).
Posted by Jori at 10:16 PM No comments: